By Indian Columbus - April 07, 2021
Most of us from Chennai know Perumbakkam as a fast-developing IT corridor or as a fast-dying marshland. Only a handful of us might know about the ancient inscriptions that talk about Perumbakkam village.
An inscription that belongs to 10th/11th century CE starting with the meikeerthi, "Tirumagal pola" of Rajaraja Chola I, was discovered near the Perumbakkam lake (Reference- A.R. No. 210 of 1961-62).
A later period inscription (A.R. No. 211 of 1961-62) mentions the village as Perumbakkam. 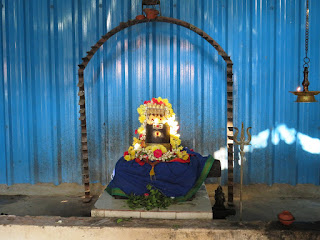 In the 1960s, there was a dilapidated temple located in Perumbakkam. As per the inscription of Rajendra Chola III (1255/56 CE) found on this temple, we understand that the presiding deity was named Tiruvagateeswaramudaiyan Nayanar. We also understand that Perumbakkam was located in Puliyur Kottam alias Kulotunga Chola Valanadu in Jayankonda Chola Mandalam. (Reference - A.R. No. 207 of 1961-62). Two more inscriptions were discovered from the same temple. They belonged to Vijaya Ganda Gopala. He was a Telugu Chola who ruled Kanchipuram from 1250 CE. (Reference - A.R. No. 208 and 209 of 1961-62).
What happened to that ancient Agasteeswara temple? We could not find any such old temple anywhere else in Perumbakkam. Is it possible that Shiva Linga of that ancient temple is found in the modern Perumbakkeswarar temple? I think it is possible. And, I believe so! 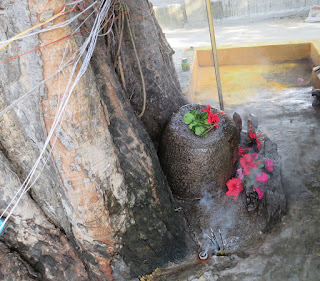 An old Shiva Linga icon is found under the holy peepul tree in this temple. I understand that this icon was alone initially, and all other shrines were built in the last few years.
People call this Linga as "Adi Shiva", meaning the Original Shiva. There is an anthill near Linga. The locals and the temple authorities claim that a serpent often comes out of the anthill and coils on Linga.
There is another Shiva Linga with a Nandi in the opposite direction. He is called Perumbakkeswarar. Both the icons appear to be 200-300 years old icon. 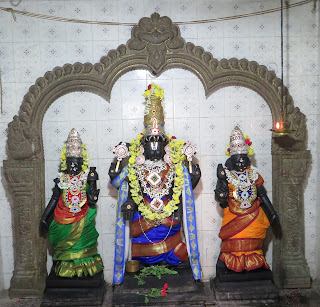 Perumabakkeeswarar is kept under an asbestos roof. A new shrine is under construction. Due to lack of funds, the progress has been slow.
There are temples where the sun rays fall on Shiva Linga for specific two or three days every year. The devotees gather in large numbers to watch this event. In this temple, the sun rays directly fall on Shiva Linga for about 15 minutes at around 9 am every day throughout the year. This is one of the highlights of the temple, which remains lesser known. 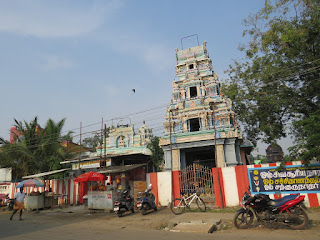 South to Shiva's shrine, Satyanarayana with Sri Devi and Bhoo Devi is enshrined. Hanuman and Lakshmi are found in the mandapa. Garuda is found facing Vishnu.
Further south, we have the shrine of Grama Devta (village deity) Pazhandi Amman. She is a popular guardian deity in  Northern Tamil Nadu. She is found in the sitting posture. Another icon of the decapitated head of Goddess is also enshrined here. 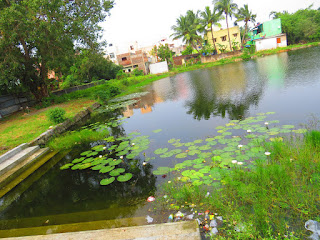 A beautiful lily pond is found on the backside of the temple.
A very big marble icon of Saraswati would be installed in the temple very soon. 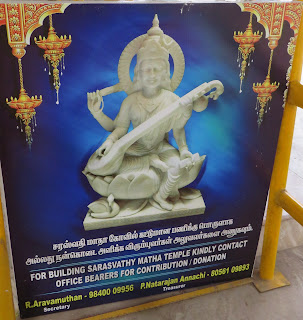 A beautiful Chapel inside the Church Park campus 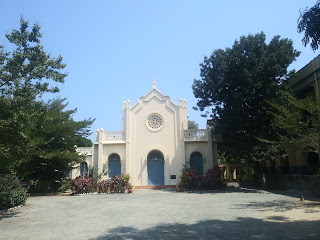 Chennai has a lot of beautiful churches. And many of them are located within the campuses of educational institutes. The chapel located inside the  Church Park  school campus is one such beautiful structure that remains lesser-known. Nano Nagle , a pioneer of female education in Ireland, founded the  Sisters of the Presentation of the Blessed Virgin Mary , a religious institute of Roman Catholic women, in 1775 CE. In 1842 CE, four Presentation sisters came to Chennai to serve the orphans of the Irish soldiers. They took charge of a school and an orphanage in George Town locality.  In 1904 CE, the sisters purchased land in Thousands Light locality. In 1910 CE, Sacred Heart school was inaugurated in the newly purchased land. This school ultimately became the historic Church Park campus of schools, the prestigious convent of the city, where many prominent citizens did their education.  On  28th June 1935 , that is, on the feast of the  Most Sacred Heart of Jesus , the small but beautifull
Read more 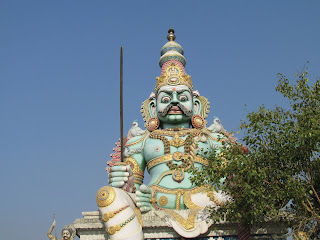 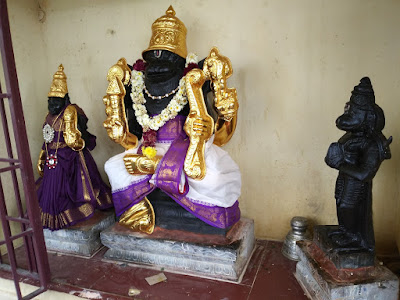